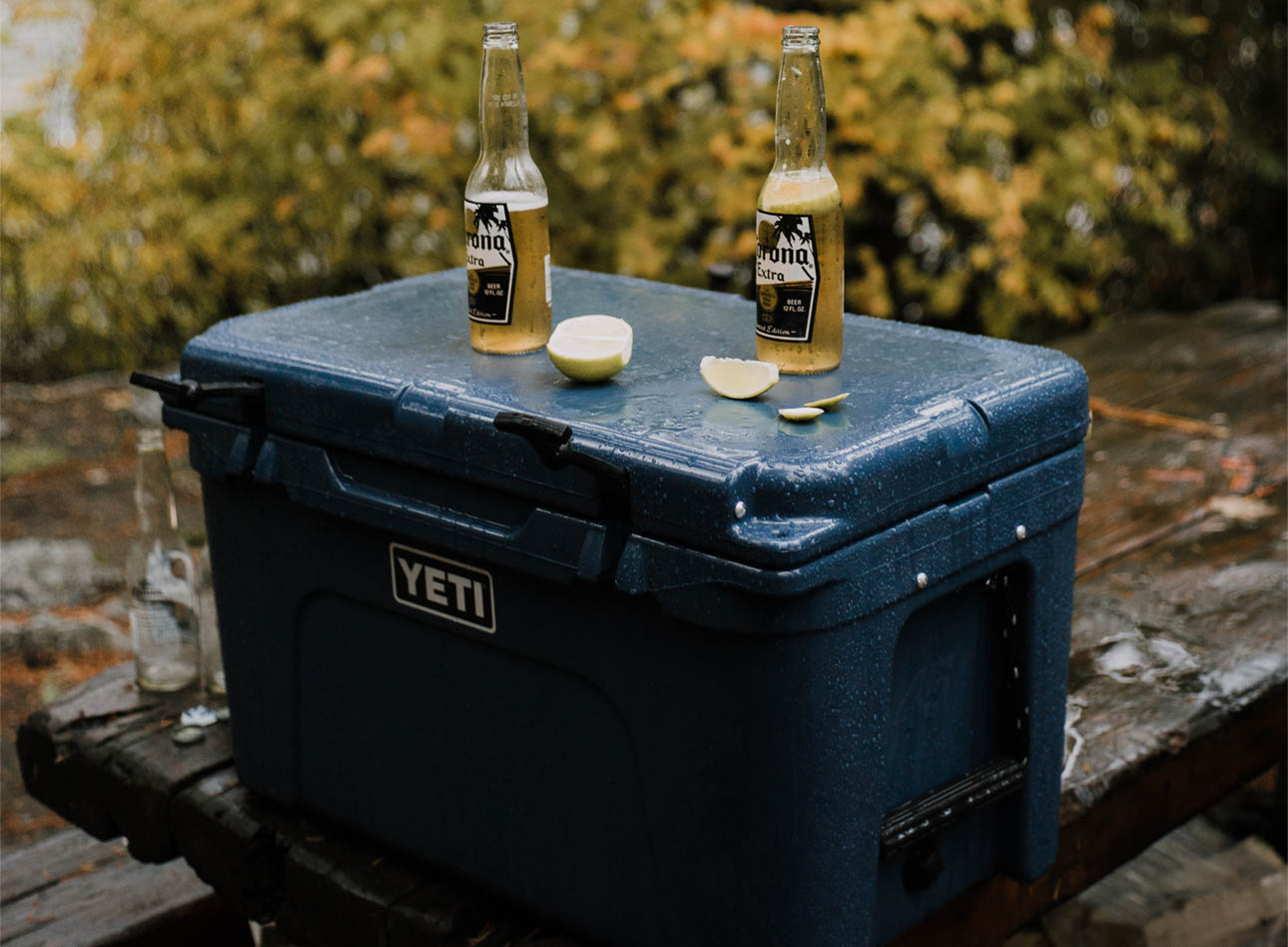 Looking to buy the popular YETI tundra? Before you go ahead and buy, it is important to know the features, pros, and cons of the Tundras.

Do they have superior insulation? Are they really as durable as what they say they are? Is Yeti Tundra worth it? This article is a full and honest review of the YETI Tundra.

Full disclosure: Some of the links below contain affiliate links. We may earn a commission for qualifying purchases without any added cost to you. This allows us to continue adding value through helping you find the best coolers.

Yeti Tundra has fantastic insulation that could last 4-10 days depending on the temperature and the size of the cooler. It has a very durable body that won’t flex even if you sit or stand on it. However, they are not leakproof. Overall, they are a fantastic cooler but comes with a steep price.

The Yeti Tundra comes in multiple colors and sizes. The most common is the Yeti Tundra 45 and 65 but they have coolers ranging up to 350 qt.

On the outside, they look pretty big, but the actual volume on the inside is actually lesser than advertised. The Tundra 65 is just around 56-69 qt and the Tundra 45 is just around 40 qt (these are just estimations). That’s largely because of the fatwall design that helps with their superior insulation (more on this later).

Its handles are made with a rope handle with a molded plastic grip that actually works very well. I prefer it over most all-plastic rotating handles simply because it has more flexibility and I do think it’s more durable.

The lid is basically a plain flat plastic surface. There is no fish ruler or cup holders like the ones from the Pelican Elite. Some people prefer the flat surface more than those with cup holders. I would personally prefer at least 2 cup holders, just because I sometimes use the cooler in the boat and I would love a place to place them.

They use their patented T-rex lid latch system as latches that are made out of durable rubber rather than plastic. It’s harder to operate, especially with one hand because you have to pull it down to stretch before unlatching it. But on the other hand, rubber doesn’t break — which could be a common problem amongst cheap coolers.

When it comes to performance, YETI Tundra is one of the best, if not the best cooler out there. In fact, they often refer to their products as “overengineered”, and have been true to their word in all of their products..

Let’s talk about their insulation and durability.

Yeti Tundra is equipped with Permafrost insulation and an extra-thick fatwall design that keeps ice stay ice for 4-10 days.

Note that this estimation varies depending on the size of the cooler (generally the larger the cooler the longer it holds ice) and the temperature of the environment. But I would say that when it comes to insulation, YETI Tundra is one of the best contenders in the market.

The rotomolded construction, rope handles, and rubber latch make the YETI Tundra one of the toughest coolers that could withstand harsh environments.

Unlike some of the cheaper coolers, their lid doesn’t bend at all when you apply weight. You could basically sit on it, stand on it even jump on it without worrying that you would fall through.

Although it doesn’t have additional features like the cup holders commonly seen in Pelican coolers and the fish ruler like Orca’s, a flat lid surface could basically mean that you can convert it into a mini table, slice on it or even write on it without any obstruction. That could be a good thing or a bad thing depending on how you want to use this cooler.

I would suggest that you get light-colored coolers because dark colors usually attract heat. It may or may not affect the insulation (I’m not sure) but I see the importance when you sit on it after it has been exposed to the sun for quite some time. Light-colored coolers are just easier to cool (I guess this goes with most things including shirts and cars too).

There’s a lot of variability in the price depending on the size and sometimes even the color. The more common Tundra 45 and 65 comes around $300 – $350 respectively.

Yeti Tundras are like the Apple of coolers. The YETI brand is very popular to the point that they have loyal collectors that just spend all these cash buying coolers they’re not even gonna use.

These coolers are tough and they have superior performance compared to other coolers.

Admittingly, YETI Tundras are very expensive. Whether it’s worth it or not largely depends on your budget.