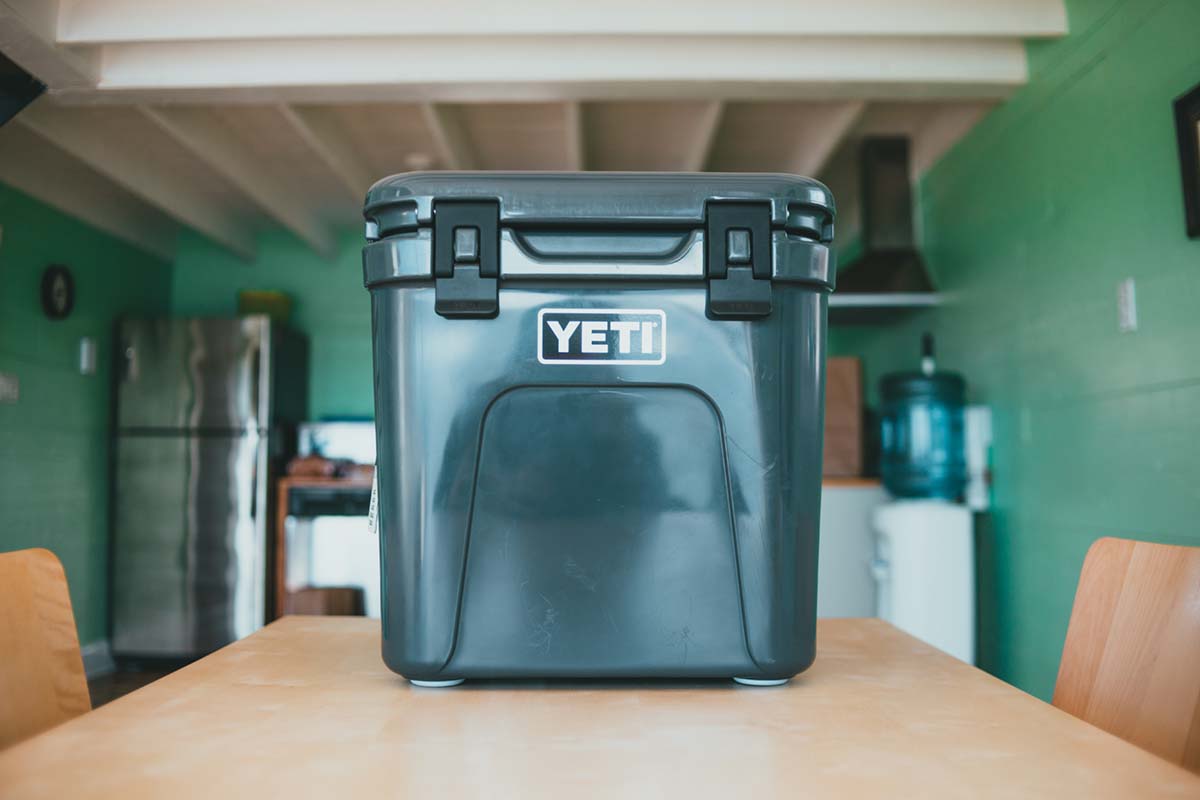 But then again, why are Yeti coolers so expensive? There isn’t much difference between the Yeti coolers and the other brand coolers from a visual and capacity perspective. Then why are they so expensive and why are people even bothering to pay for them? Let us find out.

Why ARE They Expensive?

There are quite a handful of reasons why Yeti coolers are so expensive. They have a big brand name, they are the top tier of the market, their coolers are extremely durable, and more. Let us break them down in a little more detail.

Branding does put you at an advantage of pricing. Yeti, being the number one cooler brand, is taking advantage of that and setting the price of their cooler that holds up to their name. People don’t complain about that, rather they are willing to pay that high price.

What makes Yeti’s branding so unique? Just take a look at their advertising and promotion and compare it with the other. Other brands promote the specifications and performance of the product. They want to prove that their coolers are technically better and will live up to your expectations.

But Yeti does things differently. They make short documentaries and make advertisements with them. It inspires people to buy a Yeti cooler because they think that they can have a happy life like those documentaries with a Yeti cooler. So they get inspired and are willing to pay the high price.

Not only branding but also the quality is Yeti’s another strong point in the market of coolers. They are the first in the market to bring quality coolers to the public.

Sure the price was high but the coolers of Yeti were way better than any other coolers present in the market back in 2005.

Even now Yeti’s quality of coolers is unmatched. Other competitive brands in the market are producing great coolers but they are not as good as Yeti.

Yeti paved the way for quality coolers. Thus being the first in the market automatically deserves our respect and thus their colors are expensive than the others.

Yeti coolers are superior in ice retention in the cooler market. One of Yeti’s best, the Tundra coolers is said to be able to retain ice for 5 days straight. There have been tests on Youtube that show that it can hold ice for 10 long days. So Yeti stays true to what they advertised and their coolers can hold ice the longest. That makes it perfect for week-long trips. That is why they are expensive.

Why should people not pay for such a cooler? Imagine going on a week-long camping trip and the last few days find out that all your food is soaked by the water of melted ice and the beers are no longer cold.

That would be one of the worst scenarios a camper can imagine. So that is why people don’t bother paying more money for the Yeti coolers.

Yeti does a great job in insulating their coolers and that is what makes them so good at retaining the ice for a long time.

Yeti coolers come with solid insulation at all sides including the lid. This insulation can measure up to 3 inches. Other coolers may or may not have the 3-inch insulation but most of them do not have insulation on the lid.

You will also find other coolers that have insulation on the lid but they are thin. This thin insulation does not work properly in ice retention.

The body of Yeti coolers is perfect. They have durable construction, well throughout the design, security, and everything our typical cooler needs in a campsite.

The body of the Yeti coolers is undoubtedly the most durable in the cooler market. You can stand on the lid and it will not flex or break. This means you can throw a lot of weight on it at ease.

They are also built to house a lot of ice and food. So capacity is not an issue with the Yeti coolers.

The cooler body is made out of single-piece plastic. The outer layer of the body and lid is a single plastic sheet. The inner layers are also made with a single plastic sheet/ The lid closing is sealed with insulating rubber. So there are no gaps for the energy to leak out and the cooler stays cool for a long time.

The insulation is also high quality. The lid also features insulation. The materials used in it are pressure-injected polyurethane foam. They are military-grade. So you are getting the best there is and it is worth all the money.

Yeti also made sure your cooler stays secure. In addition to the latches, there are holes in the closing point of the lid. You can put a padlock there and no one can have unauthorized access to your drinks and foods. No need for any watch guard for your cooler when you are camping in a public spot.

First of all, you are getting rubber latches. They are easy to open and close and they won’t break easily. These rubber latches are made with patented technology and it keeps the lid close like no other.

The handles used in Yeti coolers for carrying it around are made with military-grade polyester ropes. This ensures that the handle won’t break when carrying the cooler in its full weight capacity.

The gaskets used in the cooler are freezer grade. So no leaks when they are closed.

For transportation, there are tie-down slots in the Yeti coolers. You can easily tie and mount the cooler securely in your pick-up, truck or boat.

And if you don’t want to keep it tied, the anti-slip pads at the bottom will keep the job done.

Yeti coolers also feature an easy access drainage system. You can draw all the water and ice inside with ease when they are done.

So, all these points add up to Yeti’s advantage and the reasons why Yeti coolers are very expensive in the cooler market.

Are Yeti Coolers Worth The Money?

Of course, they are. Yeti coolers paved the way for quality coolers. They are at the top of branding their coolers and inspire people to buy them.

Their coolers retain the ice for a long time which is perfect for week-long outings. The coolers of Yeti also happen to be durable with a single plastic sheet body and military-grade polyester ropes.

So yes, Yeti coolers are worth the money.

Yeti coolers were the first-ever cooler in the market which had quality in insulating and durability. They are still holding onto that reputation and paving the way for new improved cooler technology.

With all the durable military-grade constructions of the coolers combined with inspiring branding, they are worthy of being the most expensive cooler in the market.